​The concept for Stillwater Community Health Center began in October 1992. With an invitation from three area social service providers, Emma Tusing, Yvonne Stites, and Jere Bilodeau met and brought awareness of the vast number working individuals with no financial ability to access or maintain health care conditions that blocked their economic productivity.  Additionally, to bring attention to the great number of elderly on fixed incomes that had to choose between purchasing medicines and other basic survival needs, these three heads came together and pursued encouraging the initial gathering of over sixty concerned citizens to unite together and developed a plan for a health care resource system which would attempt to alleviate the working poor and fixed income individual’s access to necessary basic health care.

Consequently, consensus was quickly attained requiring only 6 months for this group to gather resources; the necessary professional and community volunteers, a facility in which to conduct services, as well as crucial medical supplies and medications.  On June 8, 1993 the planning culminated when SCHC opened its doors at 8th and Duncan in a 2 bedroom house owned by the First Baptist Church. The philosophy adopted for the operation of this service agency was suggested by Dr. J. Daniel Baxter, the first SCHC Volunteer Medical Director. It states SCHC will always err on the side of compassion. 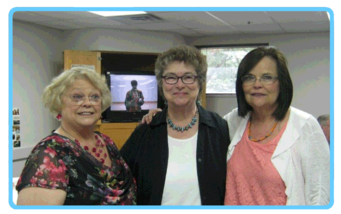